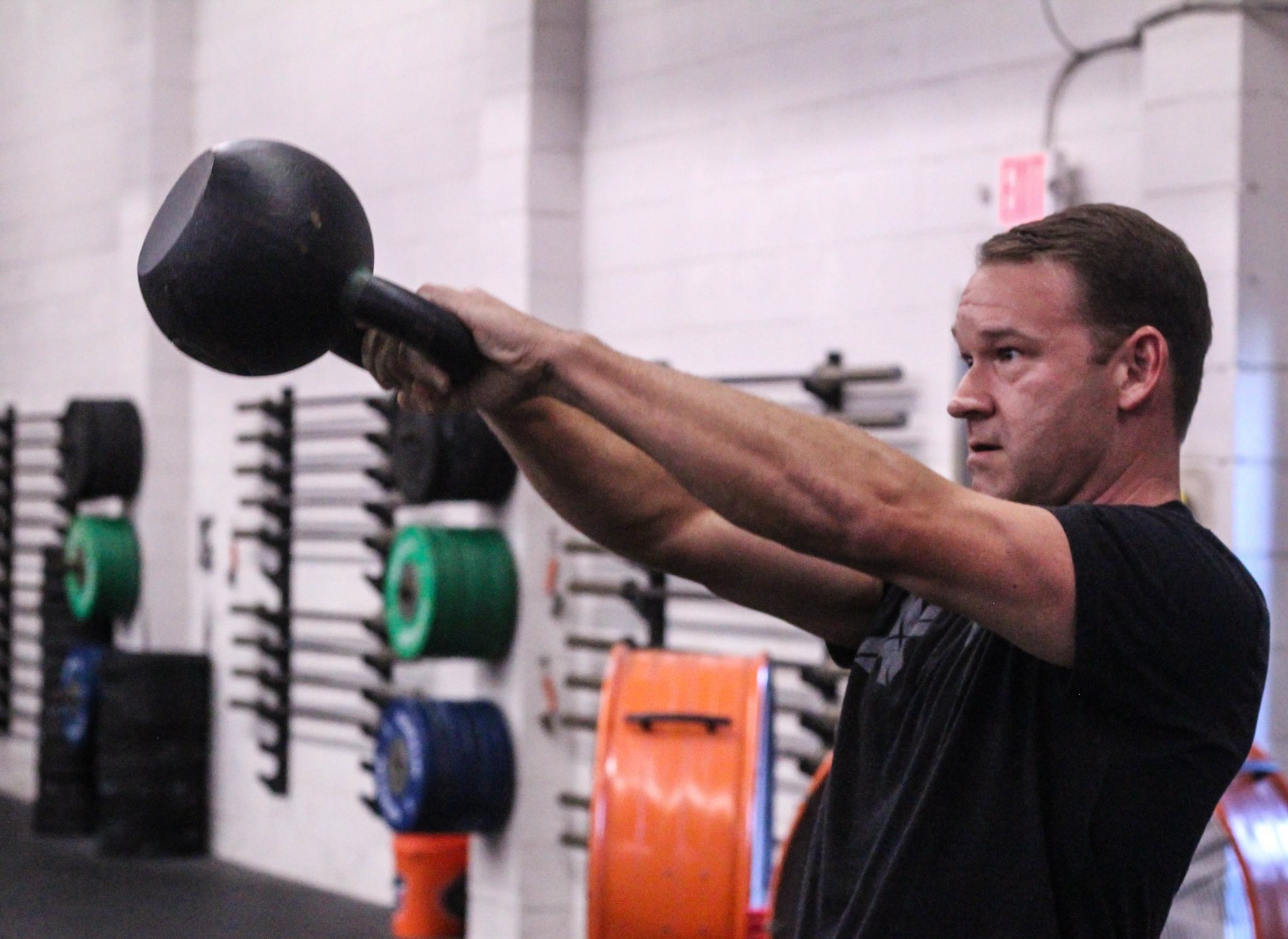 Member of the Month: Mark Taylor

Every month we’ll be featuring an Uncanny member who the coaches have noticed go the extra mile inside the gym. This person always shows up to class on time, if not early, puts in the work before, during and after classes. And, they are a joy to be around. Their hard work and dedication to their fitness goals should not go unnoticed.

September’s Uncanny Member of the Month goes to Mark Taylor. Mark is an Uncanny OG. Coaches would describe Mark as having a second-to-none work ethic. He’s seen as a leader of the 5:30 a.m. class and he’s willing to take the shirt off his back for any of his friends. If you see Mark in the gym be sure to show him some love with a high-five or fist bump. He’s more than earned the member of the month recognition!

What got you into Fitness?

I had done Fitness at another gym for about a year. Then there was a year period before joining Uncanny where really did nothing. My wife, and our eldest son Ben, and I went to the previous Fitness gym together because we all had an interest in it.

Unfortunately, the gym we were going to just wasn’t a great fit for us. The coaches had a very rough style of coaching, and it wasn’t working for my wife and Ben. We just weren’t having a fun time while we were there. We tried another gym out by UCF that we liked, but it was just too far away for us. So, we dabbled with it for about a year, and I liked it probably more than either my wife or Ben.

I had generally always been fit. I played baseball in high school, but I grew up surfing and was more about doing that in college than anything else. I was able to stay pretty fit from surfing. But I’ve never technically worked out since I started at Uncanny three years ago.

How did you find Uncanny?

I found Uncanny through the yoga studio that used to be in this complex. My wife was going to classes there regularly and a yoga instructor there was taking classes at Uncanny and told my wife about them. So, my wife, Ben, and I tried it out together. At the time, Ben showed the most interest.

What is your favorite thing about Fitness?

I love the challenge of trying things that I can’t necessarily do. I had goals when I started which were just to be able to do certain movements. I’ve achieved most of them at this point but not all of them. For me, it’s always about challenging myself to do the things that I physically can’t do and work at them until I am able to do them.

I don’t think there is anything out there like Fitness that has the same impact for the amount of time you put into it. And I need to come somewhere where there is a class environment with a clock, a coach and something programmed.

What are your fitness goals? What improvements have you made since joining Uncanny?

A driving factor for me on improving myself was seeing my father and father-in-law, who are both retired, physically unable to move like they used to. They’ve both worked their whole lives and are now in retirement. They’re supposed to be enjoying everything in life. I’ll ask them to go play golf with me, but they’ll say they can’t because their back hurts or something else hurts.

After hearing them at their stage in life, I started to evaluate myself and realized that I too hurt—for me, it’s from sitting in a chair all day long. I knew that something about how I was feeling had to change. So, I decided to put things into a couple of buckets for myself. Strength, conditioning, mobility, and meditation were the major things that I wanted to improve for myself.

I took all those buckets and tried to figure out how to fill each of them. Fitness served as the foundation for each of those areas, especially the physical fitness bucket. I now spend a lot of time on mobility and working on the range of motion (ROM) in my hips, all the areas that are super tight. I do a lot of ROM mobility work at night. Our family even gave up sitting on the couch and watching TV. If we’re watching TV, we’re on the ground. Our house is kind of like a yoga center with props at this point.

From seeing my family suffering later in life, I knew I needed to make a change so that by the time I’m their age I can still move. I think about that every day that I’m here.

I’ve noticed so many improvements since I started in strength, stamina and the ability to get through workouts. I used to pray for the clock to run out. But now my conditioning has come a long way, and I can do most of the movements now. And the mobility work I put in outside of the gym has helped with those other strength and conditioning aspects of Fitness.

Certain things like a double unders are still so challenging for me. Double unders won’t get you anywhere in life but I’ve made a lot of progress, and I can do a few now.

My victories are seeing the progression in accomplishing new things.

What is your favorite thing about Uncanny?

The people. The coaches are what kept my family and I coming back. I’ve also made a lot of friends here.

Coming to the gym is the part of the day I look forward to the most.

I could do Fitness somewhere else, but I don’t have as much of a desire to do that because I like coming to Uncanny. The people are a huge part of that.

Three things that I wanted to do when I started were: to catch 135lbs in a squat snatch. Get a bar muscle up and get a ring muscle up. I’ve been able to do all of those things since joining, and they’re great moments for me.

I’ve also built a good group of friends that we like to get together and have steak dinners (aka Man Nights). We also do sauna and ice baths at my house every Sunday for recovery.

Favorite Olympic lift: Snatch – I like the technical elements of it. It’s a very technical lift.

Favorite movement: Bar muscle ups – because it was a goal of mine for a while.  Now that I can get them I get excited when they come up in a workout.

Least favorite movement: Running. Conditioning is not my strong suit.

Favorite workout: Any workout where I can do all the movements Rx is generally my favorite. I like barbell-based workouts like DT, or Helen—a workout that most everyone can do. I like to compete and see how I can do in the class.

Least favorite workout: 17.1 and 18.2 both had heavy burpees in them, and they were extremely difficult for me.

We try to eat clean at our house. But, I’m not passing up donuts or pizza during any circumstances.

What do you like to do when you’re not at work, and not at the gym?

Golf, surfing, or paddle boarding. But lately, my kids’ schedules have been getting in the way of that. Also – time recovering in the sauna and ice baths.

Favorite music/song to work out to?

Share some fun facts that people may not know about you:

The XPT training (extreme performance training) I did with Laird Hamilton in Kauai last December was an awesome experience. I’m going to do the training again this December with Tate (another 5:30 a.m. class member).

I also spend a lot of time on breath work and training breath. I’m taking a course called “The Art of Breath” at Fitness Oahu right after the XPT training that I’m looking forward to.