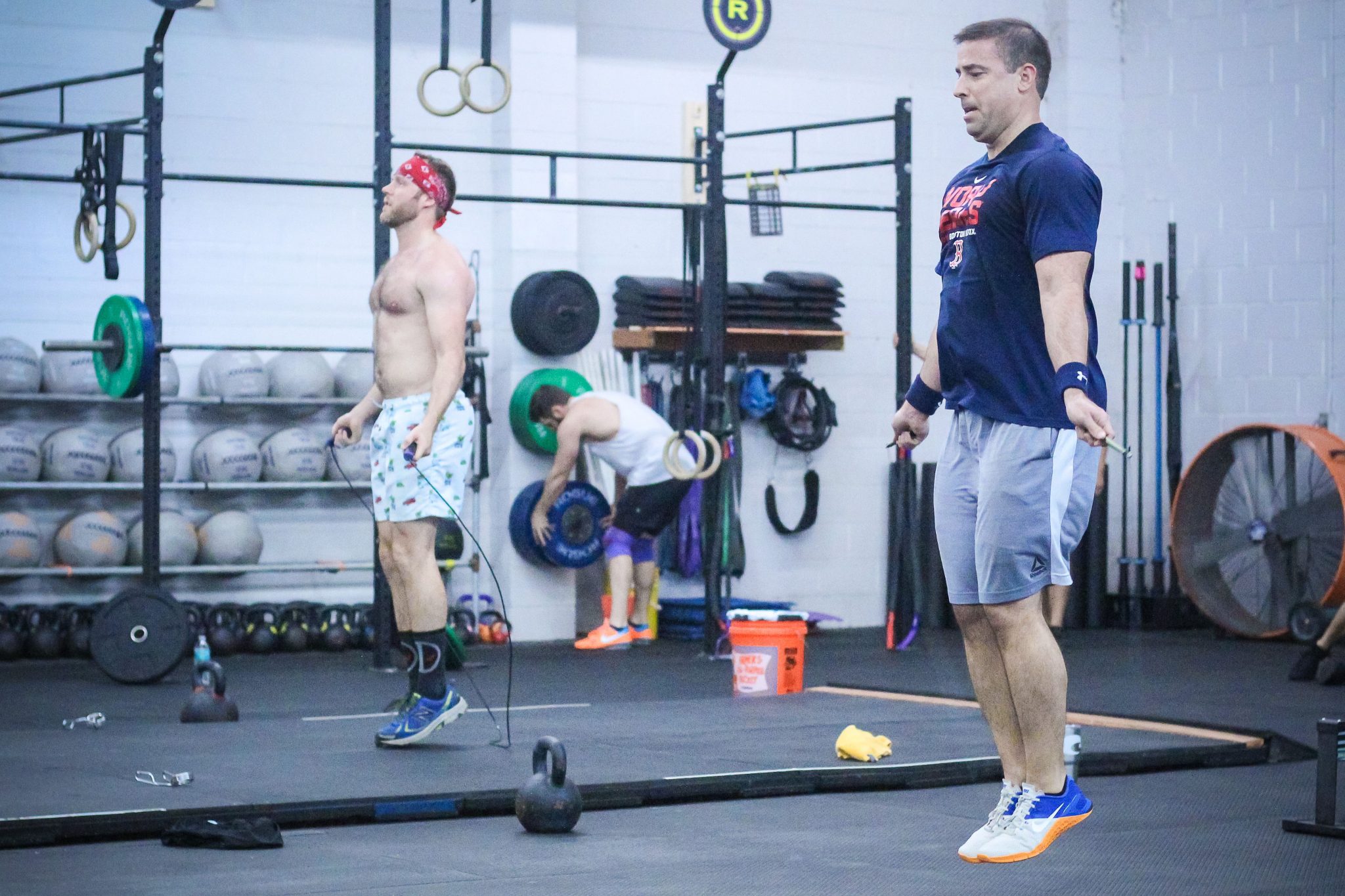 Over the years, I’ve seen more people get frustrated practicing double unders than any other movement in Fitness.  Below are some general principles to learning and skill specific cues to help guide you.

If you have a tough time learning anything, you’re either:

There can actually be a variety of other factors such as a mental/emotional block, bad/faulty instructions or some blind spot in your awareness that’s holding you back……but for simplicity’s sake let’s pretend those are not what you are dealing with.

Good news!  It’s probably not a lack of talent or genetic limitations.

Whether it’s double unders, olympic lifting, math, dancing or anything else… there’s a sequence in which certain things have to be fundamentally sound before it is appropriate to move on to the next step.  For example, we have to be able to grasp the concept of numbers and count before we can move on to addition and subtraction.  If someone is having trouble with addition and subtraction, it’s very likely that they don’t have a good grasp of the representation of numbers.  In this case, it would be inappropriate to work with the person on multiplication or even addition because the appropriate place to focus on is actually the step before that they are skipping over.

For double unders, here are the “steps” necessary to be able to focus on the subsequent steps.

In this case, people obviously can’t time the jump if they have no idea where the rope is relative to their body.  They also can’t consistently generate rope speed if there’s no awareness of where the rope is.

Once people get their first double under, they typically start trying to do as many as they can in a row.  Consider that there are a few steps in between that you can focus on to not make the learning curve so steep.

Being able to choose when you are going to stop (and succeed) is a very important confidence and rhythm building tool that nobody talks about.  Think about the amount of stress and tension you experience when you are just doing as many reps as you can until you ultimate get tripped up and fail as opposed to knowing you can stop at three reps.  Being able to relax, dictate when you are going to stop is essential for integrating a movement into muscle memory.  Are you doing that when you train?  For the record, I’ve never seen someone who can consistently do three reps that can’t consistently do 20 reps.

As with everything, these general principles apply to everything in life, and this where a good coach/teacher comes in.  You are not necessarily relying on them to motivate you or give you information that you can find on google/youtube.  They should be able to help you identify what step you are on and what is the appropriate learning curve for you.

Hi!  My name is Kuang, and I’m a co-owner of Uncanny Fitness.  I’ve been doing Fitness for 12 years, coaching for 10 years and a gym owner for about 8 years.  For those that know me personally, I process things conceptually big picture first, and love talking about the principles behind how things are working in real life.  Nothing I write is “the truth”.  I’m wrong all the time.  These posts more resemble a diary of what goes on in my mind and observations I’ve made with my own experiences and watching others.  Almost none of the concepts are original.  They’re almost always concepts and principles I learned or read from someone else.